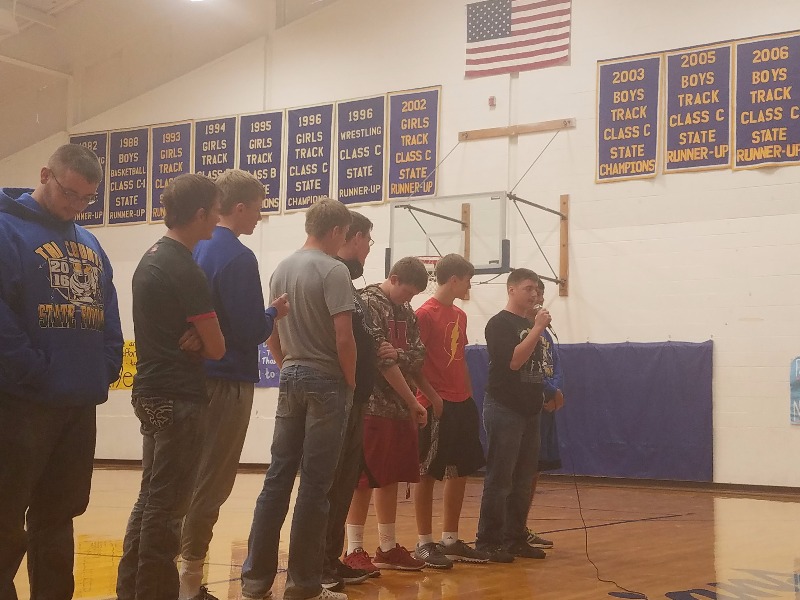 Go Big Blue could be heard loud and clear at the pep rally for the Tri County Trojan football team as they get ready to play the Creighton Bulldogs.  Tri County students and staff attended a pep rally for the football team that was hosted by Riley Knust.  Mr. Morrissey and the Trojan band played the TC fight song as the students entered the gym.  Riley lead students in a cheer competition of Go Big Blue and the sound was deafening in the Trojan gym.  The players were introduced from freshman to the seniors.  Each senior was asked to share a memory of the season that they will carry with them in the future. From food, to bus rides, friendship, team mates, and big plays on the field, the seniors have great memories for their future.  At the end, the football team sang the school fight song with the band playing, students and staff singing along, and everyone else clapping and cheering for the team.  Approximately 60 students will be attending the football game in two Spirit Buses provided by the school district.  Good Luck Tri County Trojans!!!
Share via email