Celebrating the Eclipse in Kindergarten 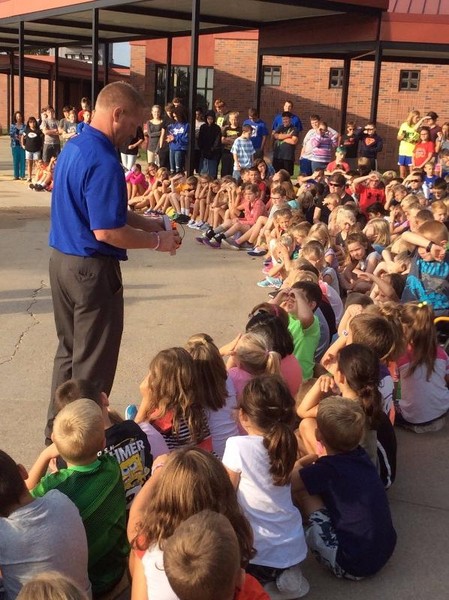 The big day occurred on Monday, August 21st.  While the weather did not completely cooperate with us, the students were able to go outside and see how dark it got during the Eclipse.  The outside lights came on for a few minutes, and students were surprised to see the lights on during the middle of the day.  While the students were unable to get the full effect of seeing the Solar Eclipse, they were treated to a visit from two NASA scientists on Tuesday.  The scientists had lost their balloon experiment, and Mr. Gronemeyer helped them retrieve their balloon experiment out of a tree.  The scientists visited Tri County on Tuesday to discuss their experiment with the students, before returning to New Mexico to continue their work.

Kindergarten students have been extremely busy the first few weeks of school learning many new things.  It is sure to be an exciting and eventful school year!!