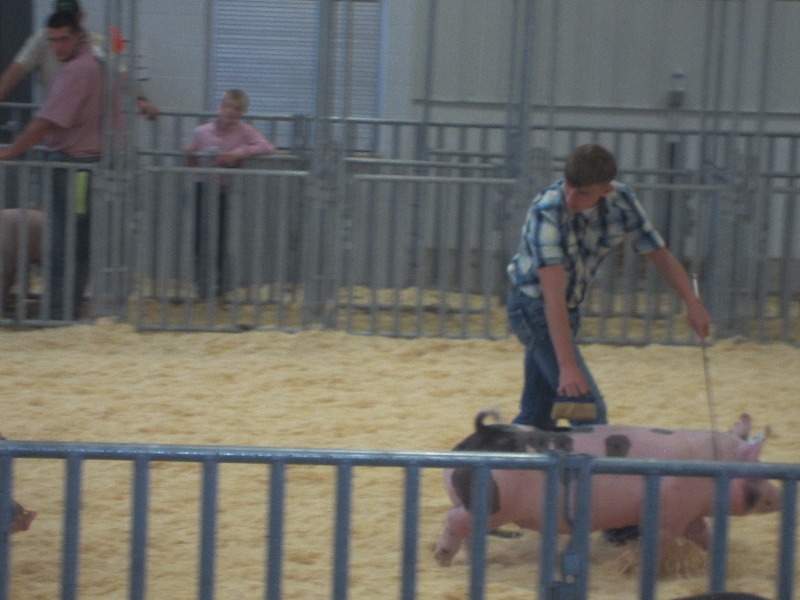 Evan Larson competed in the Open Class Swine show on Saturday.  His breeding gilt was second in it's class.  In the market show, Larson had swine finish 1st, 2nd and 5th in their respective classes.  On Sunday his market barrow earned a purple ribbon at the FFA Show.  His breeding gilts earned purples and stood 2nd and 3rd in their classes.  Evan was one of three purple ribbon winners in the Junior Swine Showmanship contest and competed in the finals.