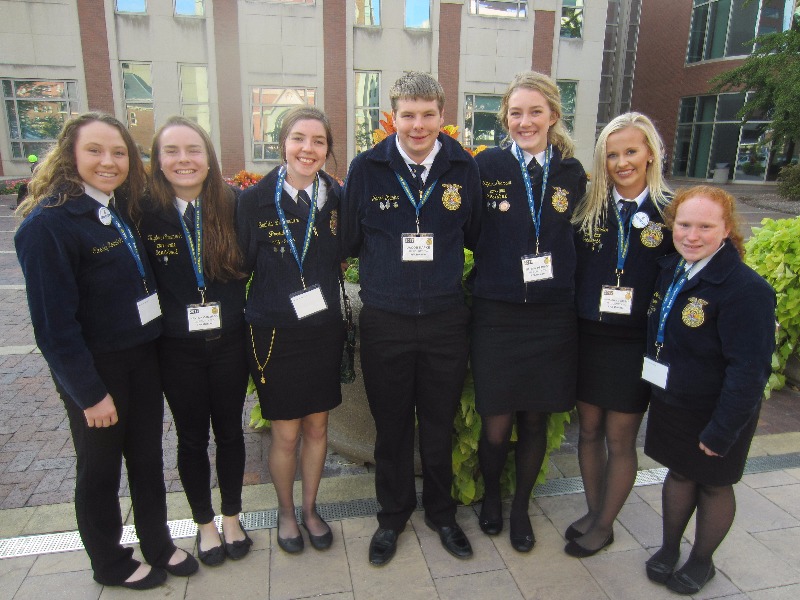 The highlight of the convention for Tri County FFA was Saturday when three of their members had the American FFA Degree bestowed upon them. 2016 Tri County graduates that earned the highest FFA Degree were Josie Weise, daughter of Jed & Annette Weise; Jackson Spilker, son of Kyle & Betsy Spilker and Shane Jiskra, son of Doug & Diane Jiskra.  The member’s parents were all in attendance.  Jack and Shane attend the University of Nebr.-Lincoln.  Jack is an agronomy major and Shane is studying agriculture mechanized systems management.  Josie is a math education major at Northwest Missouri State University.