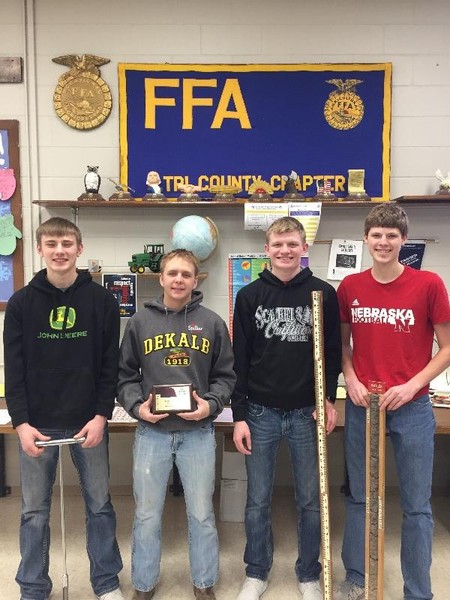 Thirty-three students enrolled in agriculture education classes at Tri County Schools competed in the District 5 Career Development Events (CDE) on March 6th.  The contests were hosted by SCC-Beatrice for the 15 school district. Many of the events qualified teams for the State CDE’s to be held in Lincoln during the 90th FFA State Convention April 4-6.  Tri County competed in 12 of the 15 contests.