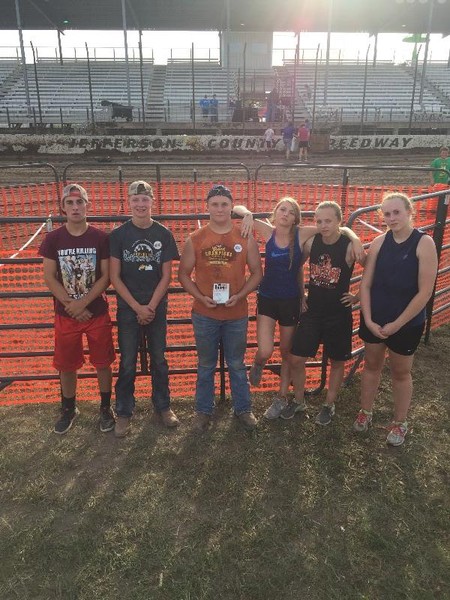 The Tri County FFA Chapter hosted a Human Foosball Tournament at the the 2018 Jefferson County Fair.  The event was held in front of the grandstands on July 15th.

The six person teams had three males and three females.  The matches were played to four goals. The arena featured six cattle panels lined with snow fence.  A kickball had to exit a 4’ opening for a score. Players had to hold on to sliding PVC pipe guided through a wire.  Other teams competing were the Incredibles, Angus-Bangus, and The Joshy Boys.