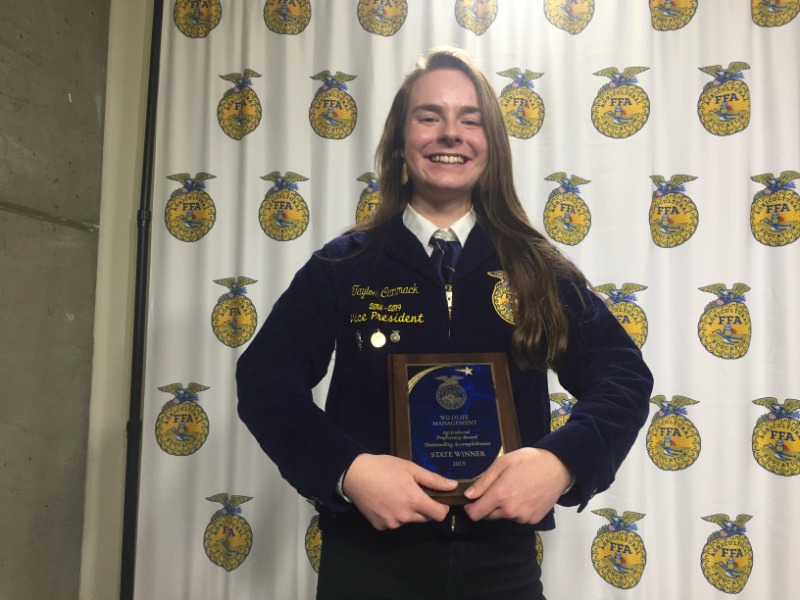 Senior FFA member, Taylor Cammack received two outstanding awards at the 91st FFA Convention in Lincoln.  Taylor won the Wildlife Proficiency Management award on Thursday, April 4th. The Chapter Vice President’s application will now be forwarded to regional competition this summer.  The regional winners compete at Nationals in Indianapolis, IN this October. Taylor received a plaque on stage at Pinnacle Bank Arena. She had interviewed with two other finalists from across the state after being selected for finals in March.

On Friday, Taylor interviewed for the Nebraska State Star Productionist Award.  Taylor, her parents and advisor where escorted on stage. Cammack received a plaque for her accomplishments.  Both recognitions were based on her Supervised Ag Experience Program, leadership accomplishments and academic records.  Taylor raises quail for her SAE. The senior also earned a blue ribbon in the State Floriculture CDE contest while in Lincoln.