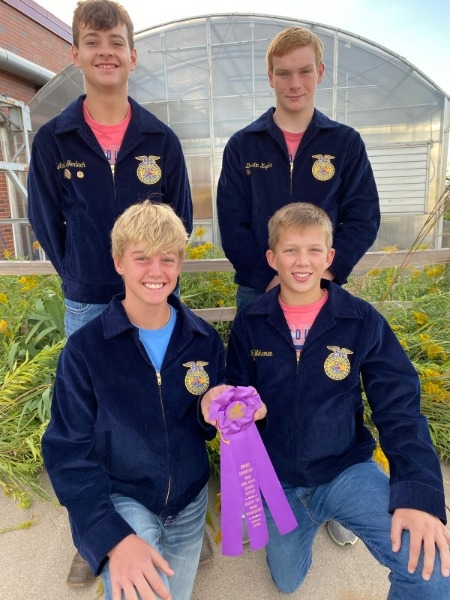 Tri County Ag Education range judging teams won the Area 6 Range Contest on Wednesday, September 15th.  The competition was held in Thayer County, Nebraska and was hosted by the Little Blue Natural Resources District.  The top 25% of the contestants earned individual ribbons.  Students competed in a junior division, 9th & 10th graders and in a senior division, 11th & 12th graders.  Tri County won the Junior Division and placed second in the Senior Division.  The Junior Team was also the high team in both divisions.

The students identified plants from a list of over 125, evaluated three sites for type, condition and degree of use and completed a range management quiz.  The