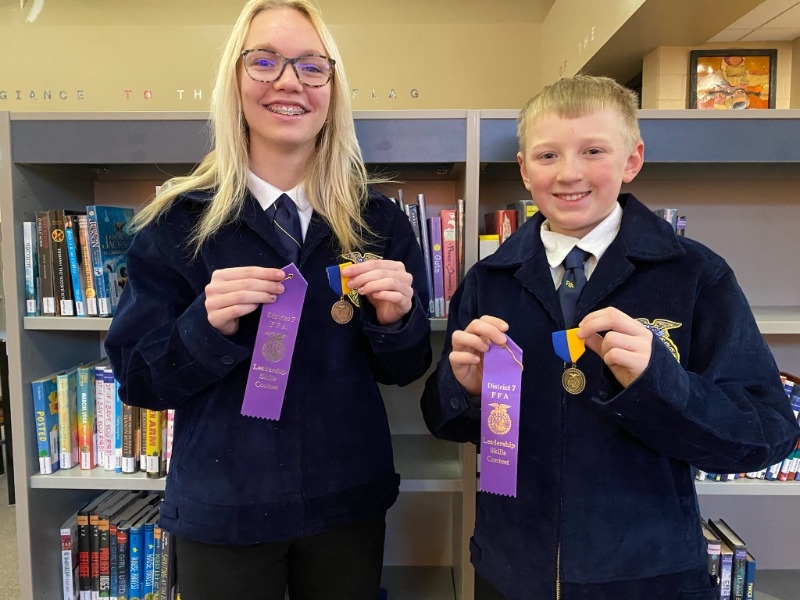 Twenty-four students enrolled in Agriculture Education classes at Tri County High School competed in four team events and two individual events at the District 5 Leadership Development Contests on January 19th.  The competition for the 16 District schools was held at the Holthus Convention Center in York.  All the contests were state qualifying for the Nebraska FFA Convention in April.

The group had a state qualifier in Agriculture Literacy Speaking.  Henry Holtmeier brought home the first place gold with his speech on “My Farm to Your Plate”.

In the Agriculture Discovery Speaking, Sydney Brauer won the gold medal and qualified for state.  Her topic was, “Long Hours of a Meal”.

Seniors Emerson Schultis and Emily Thavanet earned a blue ribbon in the Ag Demonstration competition.  Their topic was on “Daylily Propagation”.  Cooper Strokebrand and John Wehrman assisted during the day with contest coordination.

The Chapter would like to thank  Mr. Vern Jantzen, Mr. Randy Schlueter and Mrs. Amy Gerlach  for helping in the FFA member’s preparation.