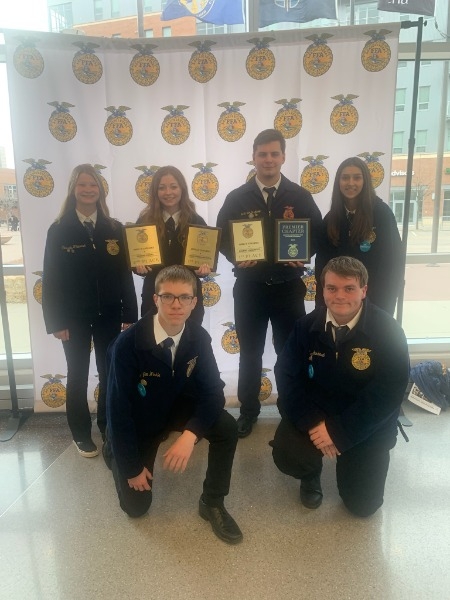 At the 94th Nebraska State FFA Convention held April 6-8, the Tri County FFA Chapter was announced by the State FFA Association as the number one rated FFA Chapter in the state for 2021-2022.  The ranking was an accumulation of activities in the National FFA Chapter Awards program.

FFA Chapters are ranked in three categories.  They are Building Communities, Growing Leaders and Strengthening Agriculture.  The three areas are combined for the overall ranking.  The local membership placed first in Strengthening Agriculture and Building Communities.  Tri County placed second in the state in Growing Leaders.  The FFA earned three plaques.  The member’s application will be forwarded to the National FFA for consideration and announced in October at the National FFA Convention in Indianapolis, IN. There are 203 FFA Chapters and over 10,000 members in Nebraska.